Whose off-leash dog beach is it, anyway? Answer: not your dog's 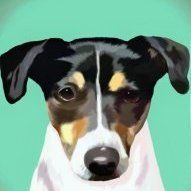