Dogs are not fur babies.

By asal,
April 7 in In The News 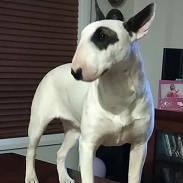 I'm a dog walker. Some days we can walk KMs other days we get two houses down the road. I walk the dog for them, not me   Yesterday I had a dog just walk 2 doors up and sit in the corner, he

Humans communicate mostly with vocalisations... ie. talking...   Animals learn that this is how we communicate, and they choose to respond (or not) to it... most react favourably and try to