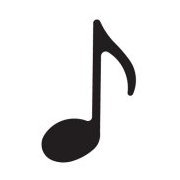 Some recent photos of my gorgeous Koda  He will be turning 7 in May! I've made some changes to his lifestyle over the last year, he's lost a bit of fat, coat is shinier and he's generally fitter. I ju