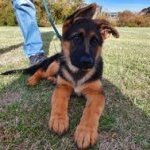 Issues with our breeder